Consulting Producer – creative consultation predominantly in all aspects of  post production. Consulting on Sunburn 2 (in development)

Three siblings and their families get together for a fraught anniversary ‘do’. Written by and starring comedian Richard Herring

Then You Run – Kudos for Sky

1 of 4 stand alone feature-length films about a detective living in the North East.

5 episodes (season finale) of 13 part series. Set in a school for witches and based on the books by Jill Murphy. Due to air on Netflix summer 2018.

Set in Victorian-era London of the 1880s,  Hetty Feather lives in the  foundling hospital where girls were trained up for a life in service and boys the army.  Hetty finally escapes into the streets of London to go in search of her mother, only to be caught and returned.

2  x singles in a 4 part series. Julian Fellowes (Downton Abbey) examines 2 historical murders, one set in 1920’s London, the other is the  ‘White Heat’ Earl of Erroll story set in Kenya 1940’s.

Based on the books by Jaqueline Wilson, this hugely successful series is still being aired all over the world, and has recently  been shown on Netflix

4 episodes of  23.  Set in a children’s home known as the “dumping ground” the children face many  adventures together as they grow up in foster care. Funny, poignant and hugely popular.

Alistair Fury, the youngest child of three has an on-line alter ego as Dr Revenge. He plans revenge on people his family and his school mates and anyone that crosses him…. and they always backfire… 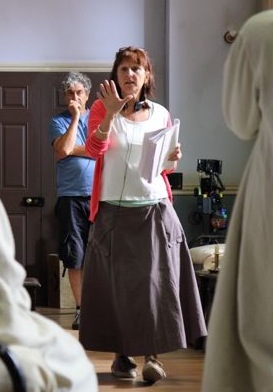